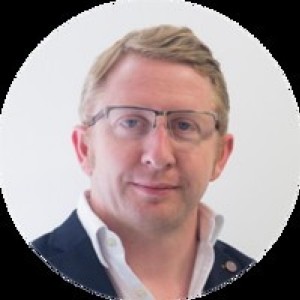 Back in love with international football again, Mark Pratt, Director of Hydrogen Consulting Solutions, analyses what we can learn from Gareth Southgate’s remarkable journey to the semi-finals of the 2018 World Cup.

1.    Under-promise and over deliver to take the pressure off

‘England expects’ … or used to, until Southgate managed to play down those expectations in the months leading up to the World Cup.

By under-promising and over-delivering, Southgate has managed to turn a decade of pent up disappointment into a wave of national pride and enthusiasm.

Creating a setting where every member of the team feels they can achieve is just as powerful in business and creates a perception of success. Imagine your team is capable of delivering a ’10’; if you promise a ‘10’ then despite the success, the psyche will be that is what you should have done. Whereas, if you promise an ‘8’ and deliver the ‘10‘ (or even a ‘9’) you’ll be hailed as superstars!

When Southgate has been interviewed after the games, the England manager has praised his team’s resilience and positive performance: “Even if we had drawn I would have been proud of us”.

Celebrating performance over specific results is just as valuable when talking about sales, innovation or new client wins. Incentivising and rewarding a team’s brilliance and effort rather than reserving celebrations for obvious wins is both motivating and fair, as it removes the element of luck which can see some staff rewarded more than others when a big win goes their way.

3.    Use the lessons learned from the past

Southgate has abandoned the rigid 4-4-2 which he played, and arguably suffered under, as part of England’s recent history. Instead, he embraced a fluidity that suited his inexperienced young team.

Understanding the talent at your disposable and playing to your people’s strengths is a powerful advantage which makes the most of the agile decision-making that’s possible in a small business.

Unlike many previous England managers, Southgate has resisted the temptation to prioritise famous names, leaving Arsenal’s Jack Wilshere out of the squad and freezing Wayne Rooney out even earlier. He’s not been afraid of playing lesser known players with few caps like Kieran Trippier and Harry Maguire, who fit well with the shape and skills of the rest of the team.

Likewise, in a business setting, favouring particular individuals can lose the trust of the rest of the team, not to mention create a potential division.

Southgate’s calm faith in his team has shone for weeks and continues to do so.

In turn, this led to an unusual level of patience on the field, an absence of stereotypically English long-ball panics and a composure in the box which has eventually culminated with moments like Harry Kane’s perfect late header against Tunisia and Jordan Pickford’s epic penalty save against Columbia.

Good business can depend on a leader’s confidence and clarity of direction which feeds through to the rest of the team. When your strategy’s right, it’s right.

England would have had good cause to complain about some of the adversity they have faced; from Tunisia’s wrestling moves to Columbia’s dirty tactics.

Yet for the most part, calm reigned and the manager and team alike kept focused on the job in hand. Resisting distractions and winning on your own terms can be equally rewarding in business.

Despite months of Raheem Sterling bashing in the media, Southgate has stuck with his man. From the outside, no goals in three years from a striker has caused many to call for a replacement. Southgate believes in the greater contribution to the team that Sterling makes, and so despite not chalking up an individual prize, his tactics have led England to the semi-finals… and who knows where else!

By keeping the faith and making no scapegoats, every member of the team feels trusted and united to deliver the whole.